It should only serve the purpose of securing us more, and better, options, like: drive a Venza or Tesla, instead of a Volkswagen Beatle; to eat sumptuously, instead of doing so beggarly; to dress regally, instead of doing so peasantly; to lavishly feast with family and friends, instead of stacking up cash in Swiss banks; to generously lend helping hands to the poor and needy, instead of being in the race to make Forbes list; to watch the world in 3D by travelling distant lands, tasting of their delicacies and watching them lead their lives, instead of being blinded by prejudices, misled by biases, and deformed by ignorance; to thrive, instead of merely living.
And Christically speaking, to store up treasures for ourselves in heaven, enough to afford booking some heavenly shiny toys ahead of time. Personally, a mansion in the angelic quarters isn’t a bad idea.
My point: Pursuing or amassing money for the wrong reasons is the fastest way to ruin one’s life. Ask super-rich parents with wayward children. Ask Nigerian politicians about their economy.
And so, while we spend next to every dawn to dusk in hot pursuit of cash, we should also remember to leave ample time for those more important things that money can’t buy, such as quality relationships. 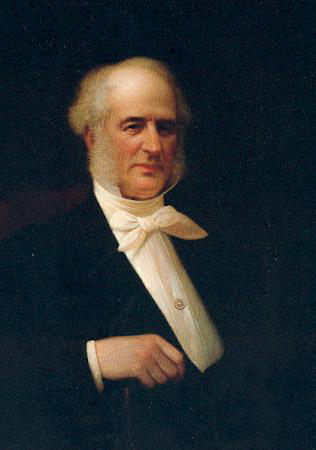 My name is Cornelius, but this piece is nothing about me. It’s neither about the Cornelius of Acts 10 nor the one that was 7th Catholic Pope. No. It is about American Cornelius Vanderbilt – business magnate and philanthropist. This guy was so successful in shipping that he became synonymous with shipping, for which he was nicknamed ‘Commodore.’ Interestingly, Commodore Vanderbilt started out with a small ferry he bought with borrowed sum and rose to the status of richest man in America at a time.

But he didn’t become the richest man in America as the Commodore; he did as King of Railroads. And how did he transit from shipping to rail transport? Of him it is said that he saw his future in the developing rail transport sector, so clearly that he sold his last ship to invest in it. He staked everything. For him, it was all or nothing. And then he made it super big!

Dear friend, until we see our future clearly enough, we won’t have the guts to invest everything in one thing. And we can’t reach world class if we ain’t crazy enough to do that. Kindly take a headcount of all ‘world-classers’ and find that Aristotle did only philosophy, Michelangelo stuck with sculpture, Mozart and Jackson did only music, Bill Gates and Zuckerberg do only programming, Ronaldo and Messi do only footballing…

My point: A piercingly clear vision engenders monomaniacal focus to deliver world class. You can be world class ‘or’ Jack of all trades. You just can’t be both.

Pearl Harbor is one of US naval bases – located in Oahu on the Hawaiian island. On Sunday, December 7, 1941 (during WWII), naval and air forces of the Empire of Japan suddenly and deliberately attached Pearl Harbor, killing an estimated 2,403 Americans. Recall that America wasn’t in WWII yet, which is why the attack was unwarranted. President Franklin D. Roosevelt proclaimed that day “A date that will live in infamy” – and got Congress to declare full scale war on the Empire of Japan next day.

As part of this ‘full scale war,’ President Harry Truman, on August 6th and 9th respectively, sent the Japanese cities of Hiroshima and Nagasaki packages that will change everything forever. That package was Einstein’s atomic bomb. And it’s been hell in those cities ever since.

75 years later, December 27, 2016 to be precise, Shinzo Abe, Japan’s Prime Minister, visited Pearl Harbor to offer what he called “sincere and everlasting condolences” to the victims of Japan’s unwarranted attack 75 years earlier. Obama was there with him, and graciously received those heartfelt condolences. I was also there to watch him, but on CNN. 😎

You get my point already, right? It’s never too late to apologize. Trust me, better late than never. Mind you, by and large human beings are good people. They want to forgive their offenders; only that they don’t like to dish out forgiveness on a platter of gold. They want you to fly from Japan to Hawaii, and then say you’re sorry, and they really don’t mind that it took you 75 years. I trust you understand what I mean.

There’s a hidden lesson God revealed in that movie with regards how He runs His packages. Since you may not have noticed it during your watch, lemme quickly share; it was so silent that it needed rapt attention to grasp.

Recall that at a point during Grace Wesley’s trial, bothering on talking Jesus in an 11th Grade classroom, Rev. Dave Hill (Juror No.12) slumped in the courtroom and was replaced by the crazily made-up, loose-looking, and multiple-coloured hair alternate, Miss Marshall. Also recall that the replacement of Rev. Dave with a loose-looking alternate simultaneously made Grace’s camp lose heart and boosted the confidence of the opposing end. Her looks convinced them she’s gonna vote against.

However, it turns out that the same loose-looking alternate saved the day, as her vote tipped the scale in Grace’s favour. How, you may be wondering? Lemme leave you clues. Playback to the last court scene, wherein the jury foreman announced the verdict. Observe that our gaga-looking alternate was the last to leave the jury stand. While headed for the door, observe she stopped in front of Grace and smiled at her, that sort of smile that says, “We’re in the same Jesus’ boat.” One more clue. Just as she was about to exit the door, with her back facing Grace and Tom, Grace saw that right behind her neck, closest to her hair, was a cross tattoo, plus her gentle strides announcing victory.

You can trust that the presence of Rev. Dave on the jury would have adversely affected things. And since God was always gonna win, He had His winning plan in tact from the word go; Dave only had to give way.