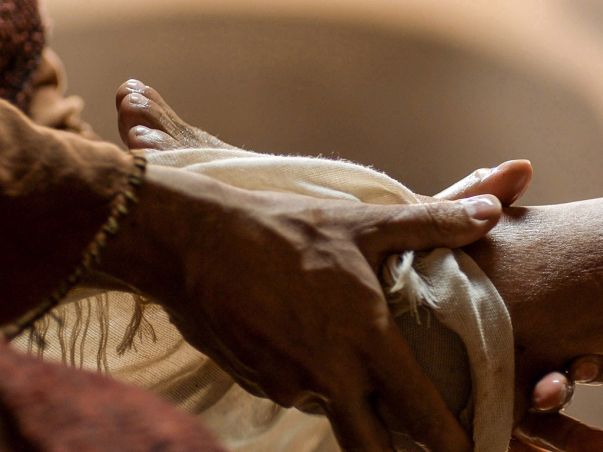 The Holy Bible comes down to us as a perfect book. Personally, I would have been surprised if the very Word of the Perfect God is found wanting on the scale of perfection. And, needless to say that the perfection of the Bible, aside drawing from the perfection of its Author, leans against the backdrop that there is next to no issue that wasn’t addressed therein, such that almost every positive book in print is nothing but a commentary on one or more themes in the Bible. For instance, Norman Vincent Pearle’s monumental The Power of Positive Thinking is nothing but a commentary on chapter four verse thirteen of Paul’s letter to the Philippians. Pearle confessed it himself in the introduction of that book.

One recurrent theme in the Bible is ‘leadership.’ And employing many practical examples to driving down leadership ideals, especially from the great leadership tradition of the Sons of Israel, which God had established himself, for he himself was their first king, it remains the most sought after and reliable piece of literature on leadership. It is exactly for this reason that we are taking off our reflection on leadership, precisely the servant-leadership model, from the Bible. To say the least, the very idea of servant-leader is of scriptural origin; Jesus Christ himself authored it, and practically launched it on Maundy Thursday.

And then it happened in 1 Samuel 8:5 that the Sons of Israel demanded for a king. They envied other nations’ kingship, to the extent that they became dissatisfied with their Theocracy, which featured God himself as their king with Judges for His mouthpiece. Samuel, due to age, had just made his sons, Joel and Abijah, Judges in his stead, but his sons’ ways gave them a cause for concern, given that they were perverse. They wanted a king instead, a king they could see, feel and touch. They wanted a king that could ‘physically’ lead their army to war. They wanted a king that would help them forge alliances with other nations. And, they wanted a king that would be a visible expression of their greatness and might. Although they immediately premised their demand on their vote-of-no-confidence on the sons of Samuel, they expressed their deepest hunger.

Being mediator between the people and God, Samuel goes ahead to make known their request to God. On this, God made their wish His command. But He does them one favour, requesting Samuel to hint them on the rights and privileges due to a human king. And on this note, and recorded in 1 Samuel 8:11-17, Samuel made them this list: He will make your sons his servants and those of his commanders, they will plough his fields and reap his harvest, he will conscript your daughters to the service of his household, he will assign the best of your fields to his friends, and you yourselves will become his slaves [paraphrased]. To say the least, in this hint lies the understanding of what I call the classic leadership model, and next to every leadership type and style on earth (charismatic, traditional, political; democratic, monarchical, oligarchic, gerontocratic, autocratic, etc.) largely draws inspiration from it.

The hallmark of classic leadership is service to the leader. Let me immediately say that there is no doubt that ‘service to the people’ is an already implied meaning of leadership, but that is ‘really’ not the case in classic leadership, as the classic leader is so exalted that the ‘purported service’ he/she renders is an expression of pride or mercy; to have the leader serve – in the practical sense of that word – is, as a matter of fact, an act of condescension. The classic leader is so exalted that he/she becomes identical to the people; his/her will becomes the will of the people, and not the other way round. And this would find full expression in King Louis XIV of France, who identified himself as the State (L’Etat c’est moi). The people paid tribute to him, did him homage, served him, and, when need arose, laid down their lives for him.

There are a number of theories from where classic leadership got its characterization, such as Thomas Hobbes’ enthronement of the Leviathan following from his origin of the state. For him, the leader had to be a [logical] product, a monster so to speak, of an aggregation of all the people. He had to wield absolute power to help turn the fortunes of a state of nature characterized by brutality, nastiness, poverty and shortness around. Drawing from this, the classic leader is so exalted in order to smack down the pride of many a man, and secure conformity in the process. Seen from this light, there is no doubt that this is a good thing, but there is more.

While the Gospel of John chapter one verse fourteen relates that the Word [that was God] became flesh and dwelt among us, Acts of the Apostles chapter ten verse thirty-eight reports that He went about doing good, and the Gospel of Mark chapter seven verse thirty-seven concluded that He did all things well. In Christ, God came down from heaven to not only restore our lot but to show us the way to happiness. And one critical sector of human social engineering he revolutionized was the leadership sector. The God whose first leadership approach (theocracy) was rejected would show up again, not giving up on His children, with a new approach (servant-leadership), an approach that would change everything forever. In this approach, especially, he would come down in flesh, live among, be one with them in everything (including suffering but not sin), and walked through their towns and villages freeing them from the forces of sickness, poverty, and evil bent on dominating them.

Now, Jesus didn’t intend his servant-leadership model to be observed in passing. No. He did give a full lecture on it – in action first, and then in words. On Maundy Thursday, the day preceding his suffering and death, while at table for supper with ‘those who were his own in the world,’ he not only showed them the depth of his love for them, but left them a ritual to perform for all time to come. I don’t mean the Eucharist here, I mean servant-leadership. Read up the full gist from the gospels.

Let’s look at the significant points: all of a sudden he stands up, removes his outer garment, girds his waist with a towel, pours water into a basin, stoops down at feet of the first person and begins to wash them with water and wiping them with the towel. He proceeds to the next, and the next, and the next, until he got to the very vocal and protesting Peter. After the washing of feet went round, he returned to his seat at the head of the table, and then opens his mouth to speak the lessons. He begins with a question, “Do you understand what I have done to you?” Being of the classic leadership order they surely couldn’t understand. As even the impetuous Peter was yet to recover from his shock, Jesus continued, “You call me lord, master, and teacher; that I am. If I then, your lord and teacher, have washed your feet, then you must wash one another’s feet” (cf. John 13:14). Remember that washing of feet was done by slaves; the master now did it.

To do a full commentary on the Last Supper episode, especially as it concerns leadership, will gulp down space and time. However, this summary is critical: in servant-leadership, the leader really and truly serves, empties him/herself out for the followers, goes with them every inch of the journey, shows them the way not just by words but by deeds, calms their fears and dries their tears, lights up their darkness and waters their dryness, bandages their wounds and mends their broken hearts, and goes with them not just a long way but all the way.

8 thoughts on “THE SERVANT-LEADERSHIP MODEL”