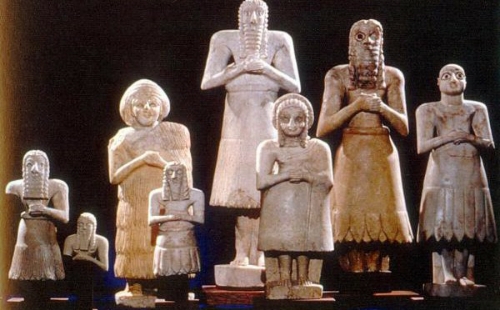 Knowledge is power. This saying is so popular that the wise mouth that uttered it is largely unknown. It came from the golden-mouth of Francis Bacon (1561-1626), philosopher and former English Lord Chancellor. To say the least, the theme of knowledge was so central to his philosophical preoccupation that he lived and died trying to expand the frontiers of the human knowledge base. He actually died in the cold of winter while experimenting the phenomenon of freezing. 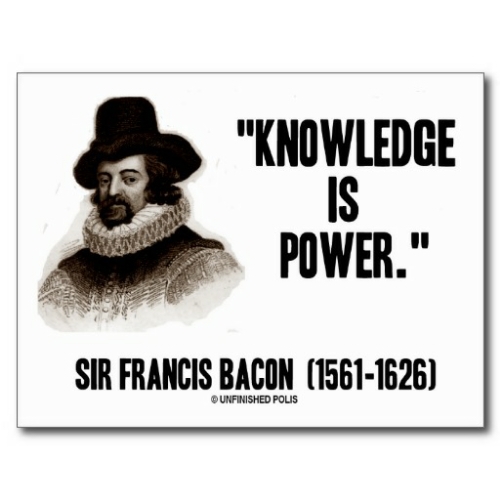 However, there is more to Bacon. Essentially, he set out to depose Aristotle from the very coveted intellectual position he has been occupying from the Ancient, through the Medieval to the Modern period. For him, Aristotle’s logic was not just misleading but wrong, and he took it upon himself to set the records straight. He would then come up with his Novum Organum, a replacement for Aristotle’s Organon. Don’t mind those words, organon simply means “instrument for rational thinking.” Novum is Latin for New. So, Bacon came proposing something new and, for him, better. This is definitely not a philosophy class, but the background might do us some good along the line.

Now to the idols. There was already a dominant thinking around town at the time, that the human mind at birth is a tabula rasa, a blank slate, upon which nothing has been written. Bacon disagrees, and goes on to saying that, given the function of the mind, which is to reflect reality or nature, the mind is, instead, a crooked mirror, given it’s inherent distortions. These distortions he called idols, which, so to speak, are images we hold and venerate in our minds, images lacking in substance. And so, they become obstacles to knowledge acquisition, they frustrate the possibility of true knowledge, they hold us to ransom and deny us access to substantial knowledge. Such are the characteristics of the Baconian idols.

1. Idols of the Tribe (Latin: idola tribus): Why is to err human? To err is human because there is an inherent error in the very configuration of the human person; how much our senses can deceive us; how much we can see what is not there and not see what is there; how well we can hear what was not said and not hear what was said.

You’re a worshipper of this idol if you trust your senses to a fault; if you’re good at insisting you saw or heard something even when everyone else says otherwise.

2. Idols of the Cave (Latin: idola specus): Every human being is a bundle of peculiar tastes and prejudices, borne out of education, exposure to certain literatures (books), experiences, peer influence, etc. The thing here is that the conceptions and doctrines gleaned from these sources are so dear to, and cherished by, the individual that they really don’t bother to go on fact finding; no need to verify.

3. Idols of the Marketplace (Latin : idola fori): Because words are ambiguous, and because language can confuse things up, human communication can distort our understanding of nature. Have you noticed that we even have names for things that don’t exist, such as unicorn and dragon?

Those who are wont to defining things and engaging in unending linguistic analyses are worshippers of this idol. Those who peg specific meanings to utterances without leaving room for the possibility of ambiguity worship this idol.

4. Idols of the Theatre (Latin: idola theatri): This designates various philosophical systems, schools of thought, ideologies, etc., that people embrace to a fault. The problem is that they tend to interpret things from that vantage point without verification or leaving room for other possibilities. The people here are, more or less, set in their thinking.

Many philosophers and religious people worship this idol.

Knowledge is power, remember?  Having known, it’s high time we deposed them. How do we do this? Simple: commit to mental improvement; improve your mind. It is particularly important that we endeavor to free our minds from these idols before embarking upon any knowledge acquisition endeavor.