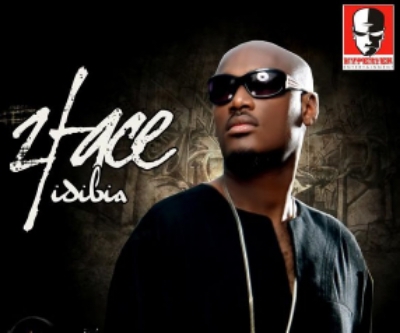 Do you know that TuFace Idibia first met Annie Macaulay when she was 15? She’s about 32 now. They actually met on transit in a public ride, an occasion on which he had to part with his ‘last card’ for Annie and her friends’ fare; he would spend the rest of the day without food. Do you also know that TuFace did rent a nightclub to propose to Annie? On this occasion, she was greeted by an empty space on arrival to the venue of their date. Everyone suddenly showed up from hiding to get the business of the night rolling. Do you equally know that some of the accessories he used for his traditional marriage, especially the cap and pair of shoes, were auctioned for charity afterwards? Of course, I’m dead sure you know his white wedding happened in faraway Dubai, such a high society get-together that a Ferrari wasn’t too much for a gift.

Don’t mind me. I know those bits about Innocent Ujah Idibia (a.k.a TuFace) because I’m a no small fan of his. His songs are some of my very best, especially One Love, Unkind to Mankind, In the Eyes, and Like Her Better (of Plantashun Boiz days). And whenever he makes any headline I make sure I check out the news item to the very last word. I’m that much a fan of his.

And then I recently found out that Whizkid is also a diehard fan of TuFace. In his very own words: It is TuFace, and after TuFace is still TuFace. He is just there, in a class of his own. There is just no compare. That was Whizkid speaking on The Juice. He also recounted how he first met TuFace as a boy of 11 around OJB’s studio in Lagos. And he said that his earliest experiences of TuFace are unforgettable; “He is even the coolest guy anybody can chill out with right now.”

Now, it turns out that Whizkid and I are TuFace’s fans for the very same reason: his profound and breathtaking humility. He definitely isn’t humbler than Jesus Christ and probably not more than Pope Francis, but his humility rings a bell. To say the least, he is down to earth.

Let me explain. I had my very first date with his profound humility on national TV. It was an interview session and he was the celebrity-guest. And you know how journalists tackle celebrities with as far as impossible questions. On this occasion the questions were many, ranging from his musical career to his private life, and there were plentiful explanations he needed to give. You could see him struggling to keep pace with the questions no thanks to his poor command of the English Language. And then he says the shocking: “You know say me no go school, so make I talk am how I fit talk am.” He immediately reverted to pidgin English. You may be wondering what the big deal is here. If so, then imagine being the most celebrated African musician from inside African (with a globally recognized award to show for it) on national TV talking pidgin because you couldn’t grapple with English. I hope you now get it. But he didn’t even feel one bit embarrassed; he kept saying his thing, keeping his calm and being the best. On that day and always, TuFace stands out as himself.

Back to Whizkid. At the tender age of 10 or so, Whizkid was always hanging around OJB’s musical studio in Lagos, watching the big boys do their thing and quietly nursing his musical ambition. He was consistent in hanging around there. Guess who first noticed him? TuFace. TuFace friendlily called him up and inquired from the kid what he does and why he comes hanging around. You can guess that mentorship followed. And see what the kid has turned out today: amazing.

Then to TuFace. He was once asked how humility became his unique selling point. He gives an interesting answer: “I never forget that I come from down there. Sometimes I even forget my present self and just go on with life as usual.” Again, he is one human being you don’t need to remind of his weaknesses. His many songs tell you that ‘his sins are always before him’.

We can learn so much already from this amazing guy, TuFace.

One thought on “I’m a fan of TuFace Idibia for the very same reason as Whizkid is. Here is why…”